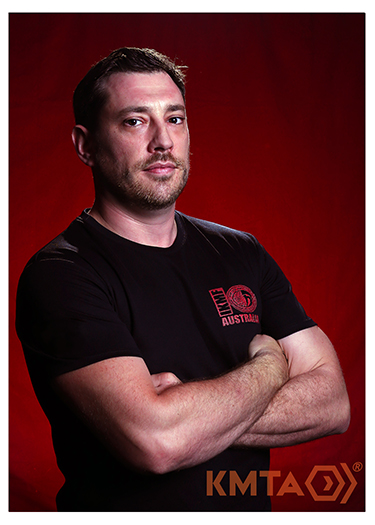 Phil began training in Krav Maga with KMTA and instantly loved the applicability of the system and its no-nonsense approach to defence. He completed the Civilian Instructor Course in 2017 under the tutelage of the IKMF's first female GIT & CIT Tim Alexander. Phil plans to continue his training and hopes to head to Israel in 2020 for E-Crash Camp!

Before finding Krav Maga, Phil has been practising various martial arts systems since 1999 including 5 years of Wing Chun Kung Fu under the tutelage of Sifu Abid Mahmood & Master James Sinclair, and 15 years of Muay Thai. During this time, Phil ran his own Muay Thai school and trained fighters for competitions as well as competing in numerous gym shows and competitions himself (Warriors IV, England vs. Italy). Phil trained & fought in several gyms across Thailand during 2007-8 with the aim of learning from the best and still cross-trains in Muay Thai today.

Outside of Krav Maga Phil works as a geologist in Oil & Gas.

Phil is currently teaching our Thursday CBD Foundation classes and is available for PT’s upon request.